May 13, 2019
I would like to share something with my few fellow people.
6 Months before, I started developing my own Debugger, RTCDbg, which is a tool that will allow for debugging x64 Windows applications. The main goal was to create something that is visually compatible with OllyDbg as well as to maintain the debugger portable, so copy paste and fire.

Progress for the Graphical User Interface:

From the beggining, I was developing the GUI controls without the High DPI in mind. That is because the computer that I was using for development does not support such a functionality so I was not really aware of it. Now that I got another computer that supports that High DPI, so I can test the interface on both computer.
We will talk about the main menu, what was done ? what is half-done ? what is waiting to be done ?


I will talk about the CPU window in more details, because I think it deserves some attention.


Few things were done, tons of things needs to be done, so let us talk about this a little bit:


Progress for the Back End:

For now, I implemented a very buggy x64 disassembler engine, I'm digging more than 2000 pages of the Intel 64 manual for that matter.

Also, I have many ideas that I would like to implement, given the tight time, I should focus on what will make the core then to add parts as I go.

For the developement I decided to use GCC 8.1.0 and Code Blocks, those tools are open source and free, so we shall not encounter any licensing issues worldwide. Also, those tools make me feel some sort of liberty.


Is the project going to be open source

That is possible. But till now, I did not decide yet whether the project is going to be open source or closed source. Either way, let us now hope to reach a stable release.

Unfortunately not until we reach a stable release. That is due to the fact that the project is still very young and I don't want to cause harm to it, doing such a thing might destroy us at this stage.

Certainly we are looking for nothing but the competition with some Debuggers floating arround.
debugger rtcdbg

Popular posts from this blog

August 08, 2018
Update: this blog post has an error, I have mistakenly labeled NOR instruction as NAND, fornication with broken condom ...

In this blog post, I'm going to show you the manual approach I used to generate a text based representation of the executed instructions of VMProtect (I've only studied devirtualizeme32_vmp_3.0.9_v2) for a specific function (or code portion?).
The first step was to manually create a file containing all yara rules for all handlers, this will allow us to automatically detect a specific handler and classify it. The automatic handler detection step is essential because it will allow you to save some time when you are dealing with targets, but that approach is not guaranteed to work for every target, because of the (unique?) algorithm used to decrypt the bytecode (that …
Keep reading 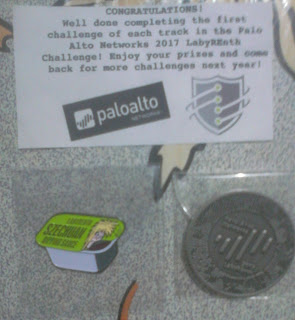 This was the first CTF Challenge I ever tried. So those things mean a lot for me.
Thanks to those mp3, mp3, playing them in loop mode make me don't get tired of stepping.